A Story of Endurance: Living in Pangi Valley 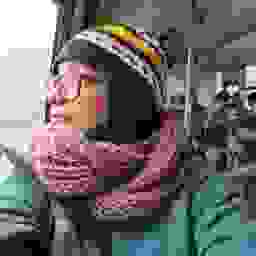 In a land far far away, just like in the fairy tales, few adventurous tribes traversed into the deep gorges in the Pir Panjal range of the Himalayas, found this haven of a valley cut off from the rest of the world with abundant natural resources and a beautiful view of the high peaks and mountain passes, and decided to settle there, giving us the magnificent, naturally and culturally rich Pangi Valley.

Reaching Pangi Valley﻿ has always been a challenge. The only route from Chamba﻿ into the valley is through the Sach Pass (4414m) which remains closed from Mid October to Late June (almost 9 months) due to extreme weather and snow. The other end of the valley is in Lahaul, and provides access throughout the year through the Tandi-Kishtwar road, but remains one of the most dangerous roads due to the deep gorges and unanticipated landslides. The other route into Pangi Valley is also considered one of the most dangerous routes, circling the valley through Pathankot- Kishtwar- Pangi route. Many of these roads are recent developments, and earlier, the locals had to trek their way to Chamba or Udaipur, and stay locked in during the winter months due to snow.

Pangi remains unheard of not just to the world, but also some himachalis. The himachalis of neighbouring villages are generally scared of travelling to Pangi valley, and avoid doing so unless necessary. This perception is a result of the dangerous routes through deep gorges and the turbulent white giant, the Chandrabhaga river. It is believed that the kings of Chamba during the early kingdoms used to banish their prisoners to the remote Pangi valley, where no one was expected to survive. However, these prisoners did survive as a community, giving rise to the settlements in Pangi. The cap or pangwali topi from the traditional tribal attire of men from the valley resembles the prisoners caps used even today.

The extreme weather allows farming to be done within a specific time period, which acts as resources during the winter months. This golden window of summer (March/ April- September/ October) is extremely busy, as farming and grazing are the top priority before the snow hits. Winter months are extreme, with locals stuck indoors for months due to 6-8 ft of snow.

The main challenges faced by the locals however, is lack of communication from the outside world, physically and virtually. This limits the bouts of technological development and innovations from reaching the valley, offering few financial resources and opportunities.

The locals however, are an extremely happy and tight knit community, embracing the challenges of living in such extreme conditions through unity and support from each other. Their bond remains strong through religious activities, traditions, festivals, and coming together as a community for everything, whether it is building a neighbours house or celebrating the birth/ marriage/ death of a member of the community. They share their happiness, joy, grief, issues, etc with the entire community, and everyone is there to help someone in need. This sense of unity within the community is crucial when it comes to surviving in Pangi’s extreme conditions.

Although it comes with challenges, Pangi valley has more to offer. The locals have stated multiple times how they would not want to live anywhere else in the world even if it offered the luxury and comfort most of us have. They are so adapted to their climate that even travelling to Shimla or Manali is not desired among the Pangwalis, and those who do travel for studies or work, find their way back into this remote corner of the world. And anyone who has seen the hearty peaks and passes and the dense pine forests and high Himalayan meadows full of colourful wildflowers with a network of glacial streams gushing down the steep slopes into the Chandrabhaga below knows that any challenges nature has to offer are worth it.

An Architect by profession and a traveler, writer and photographer by passion, she started her career with Architecture Journalism at RTF - Rethinking the Future and since then, has inspired many people to look at architecture from a different point of view through her writing. Her love for traveling is unparalleled and exploring and documenting new places, especially the culture and lifestyle is among her hobbies. Her love for photography and writing blends into the perfect spectrum to capture and ideate thoughts. Not only is she an extrovert, but also an animal lover and an avid solo traveler.